Affiliate Disclaimer: As Amazon Associates, we earn from qualifying purchases. When you buy items that we mention on our site, we may earn a small commission at no cost to you. This helps us keep the lights on and provide pottery education for free! 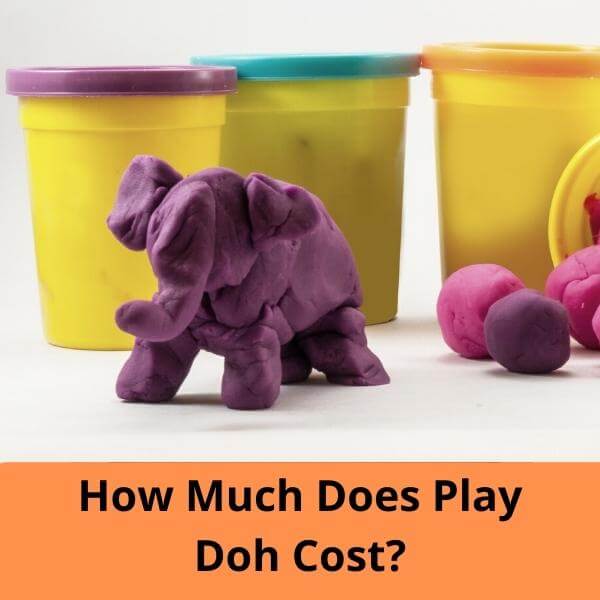 Play-Doh is great fun for people of all ages. Though you would want to supervise smaller children to avoid the risk of choking, even two-year-olds can begin to explore their creative side with Play-Doh.

Besides Being a great way for kids to develop their fine motor skills, Play-Doh is also a very cost-effective toy. It is literally impossible to break and can last almost indefinitely when properly cared for.

The question we want to answer today is how much does Play-Doh initially costs to buy. So if you have asked this question, keep reading.

How Much Does Play-Doh Cost?

The price of Play-Doh can vary widely depending on where you buy it and how much you buy. We have seen single cans in up-scale toy stores priced in the five-dollar range. For a ball of dough the size of a tennis ball, this is extremely high and far from the norm. Smart shoppers can find Play-Doh for a small fraction of that price.

To help you get the most bang for your buck here is a breakdown of what you can reasonably expect to pay for Play-Doh. 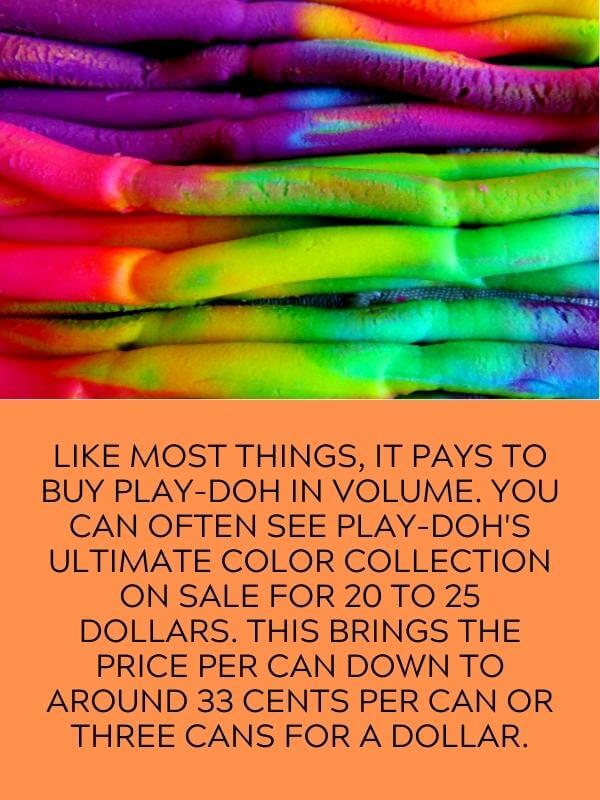 Like most things, it pays to buy Play-Doh in volume. You can often see Play-Doh’s Ultimate Color Collection on sale for 20 to 25 dollars. This brings the price per can down to around 33 cents per can. or three cans for a dollar.

Buying a slightly smaller pack increases the price per can, but only by a small amount. Normally priced at $17 dollars or less, the Play-Doh Handout 42-Pack raises the price to 40 cents a can. You should be aware though, that these are one-ounce cans. Still getting over two and a half pounds of Play-Doh for less than a Jackson, including tax, is a pretty good deal.

At first glance, you might think that the Play-Doh 36 Pack Case of Colors is on the high side ranging in price from 24 to 26 dollars. You need to keep in mind though that these are three-ounce cans, not one-once. This means that you are getting over six pounds of Play-Doh. In other words, you are paying less than a quarter per ounce.

The Play-Doh Bulk Winter Colors 12-Pack is a special edition and runs a little higher because of it. The average asking price is in the neighborhood of 15 dollars. Still, for 2.25 pounds of Play-Doh that is a very good deal. It equates to only 42 cents an ounce. 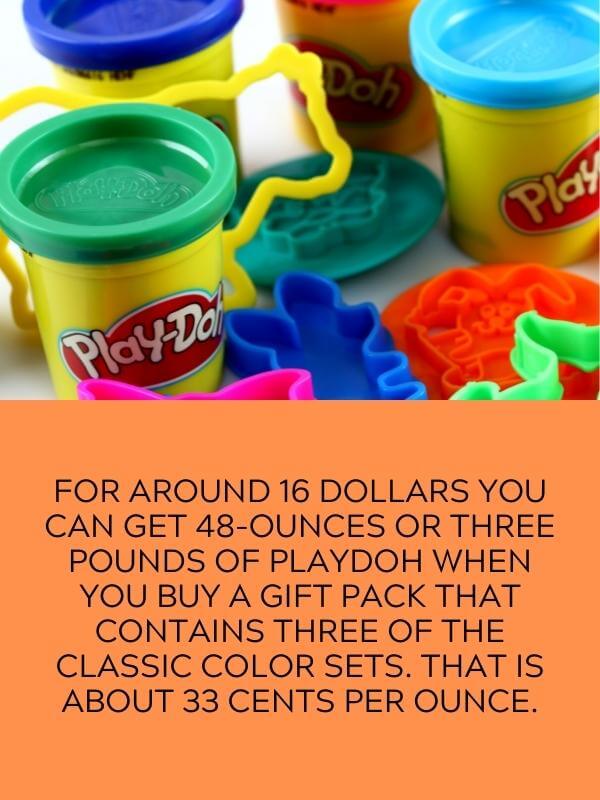 For around 16 dollars you can get 48-ounces or three pounds of PlayDoh when you buy a gift pack that contains three of the classic color sets. That is about 33 cents per ounce.

The Play-Doh Party Pack contains ten cans of modeling clay and can generally be found at a price point of around five to six dollars. This brings the unit price up to 50 cents per can or two for a dollar.

Play-Doh Classic 4 Packs can be had in one, two, and sometimes even three-ounce cans. The prices for these sets can range anywhere from seven to 15 dollars depending on the type of set and sized cans. While they offer one of the least expensive ways to purchase Play-Doh, they also offer the least versatility and worst cost per ounce option.

There is really no way to equate the costs of Plat-Doh Playsets. They come with too many options and too wide a variety of differences to make any comparison meaningful.

There are simple sets that contain nothing more than one or two cans of Play-Doh and some simple tools and others that come with too many gadgets, presses, molds, and tools to describe here.

How much Play-Doh has been sold?

It is estimated that since Hasbro took over the production of Play-Doh, they have sold more than two billion cans of the modeling clay.

How many U.S. Stores sell Play-Doh?

There are currently over 6,000 brick-and-mortar stores that carry Play-Doh in the United States. When online shops are factored in, it makes Play-Doh one of the most widely available products in the country.

How much Play-Doh is in a can?

Play-Doh was originally sold in four-ounce cans. Nowadays, with the exceptions of the occasional special edition, one, two, and three-ounce cans are all that are available.